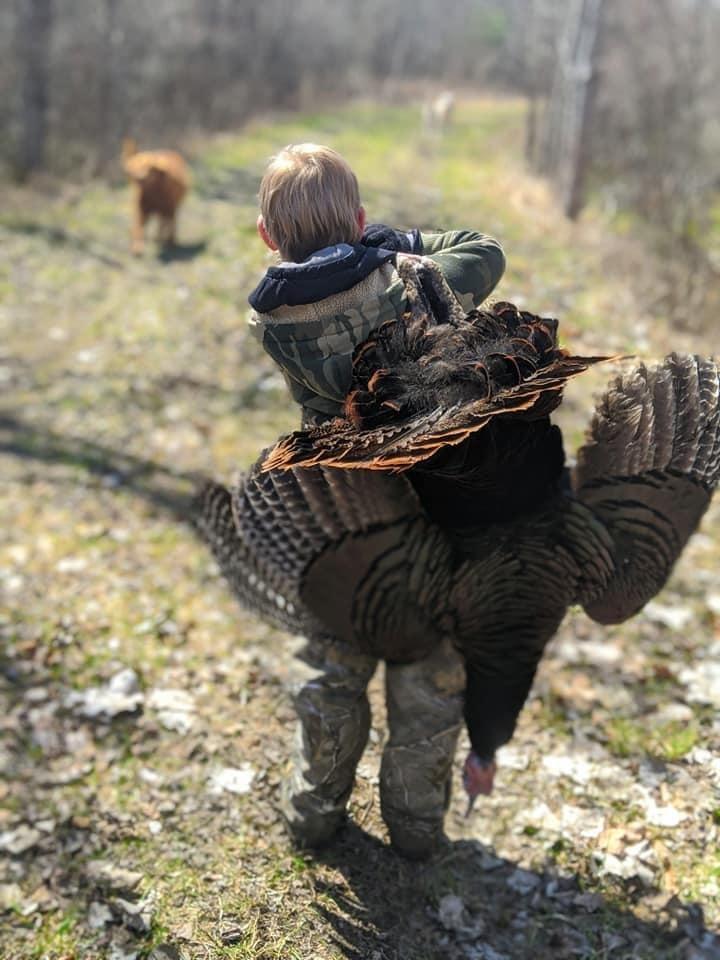 Gladwin County is quaintly nestled in the center of Michigan between highways I-75, US-10, and US-127. Within a tank of gas from anywhere in lower Michigan, the 86,470 acres of public land and 473 miles of streams and rivers truly make our community “Michigan’s Backyard”.

Tourists and recreation enthusiasts have enjoyed the beauty and wealth of wildlife in Gladwin County for decades. Over the years, thousands of them have made this their permanent home or now own a second residence in this gem of nature.

Wildlife abounds throughout the county. On a typical day, one may see squirrels, rabbits, turkeys, partridge, woodcock, pheasant, racoon, opossum, porcupine, bald eagles, and hundreds of species of birds. On occasion, the elusive bobcat, fox, coyote or bear will be seen crossing the road or strolling across the back yard of an unsuspecting homeowner.

Hunting is a “right of passage” as evidenced by the hundreds of young enthusiasts in Gladwin who participate in the Michigan Hunter Education Program each year. Recent laws have made it easy for parents and mentors to introduce the sport of hunting to their young boy or girl. Local newspapers are filled with the proud and smiling faces of children of all ages who have successfully harvested one of the many game animals found in our forests.

As summer comes to an end and the colorful beauty of the trees as their leaves begin to show evidence that fall is near, the woods come alive with the sound of hounds pursuing their quarry. In early fall, the chatter of a weary squirrel in the sights of a patient hunter will surely excite the old and young alike. The classic look of a pointer dog locked on a partridge is proof of the many hours a hunter spends training his “best friend”. Beagles sense the coming snow and eagerly await the chase of cottontail and snowshoe rabbits. The action is steady and frequent success draws the hunter back to the woods weekend after weekend until spring magically appears before the sting of winter is noticed.
Trappers are often seen along our hundreds of miles of streams and rivers or wading the shores of one of 79 lakes found in our county. Their skills are shared with youngsters seeking to learn about our heritage of fur harvesting. Beavers, mink, muskrats and other furbearing animals are found in good numbers along water sources on private land and in marshes, lakes and streams commonly found on the thousands of acres of public land in Gladwin.

The growing number of bears in the area is celebrated by wildlife lovers. Their solitary nature makes them relatively rare to see, but the evidence of their inhabitance is witnessed, on occasion, when their incredible noses lead them to the tasty morsels left by those feeding birds during the spring and summer. Hunters have found great success in harvesting trophy bruins here in Michigan’s Backyard.

Trees become “second homes” for many bowhunting enthusiasts beginning in October. The opener of the firearm deer season is a “national holiday” in Gladwin and is celebrated by the closing of schools on November 15th, allowing our young hunters the opportunity to enjoy their newfound passion. Deer numbers are plentiful and trophy bucks lure the dedicated hunter into the forests throughout the fall and until a new year is celebrated.

The coldest days of the year won’t deter the hardy hunter from pursuing the many game animals commonly found in Gladwin County. Dog boxes full of eager hounds are commonly seen until the end of March. Bobcats, fox, and coyotes are crafty critters and encourage sportspeople and their dogs to give chase to them all winter long. Electronic calls have also become a common means to draw an unsuspecting animal into range.

Wild turkeys are seen in great numbers around the county. Often appearing somewhat domesticated, turkeys give the novice hunter a false sense of confidence that the hunt will quickly be successful. However, its keen eyesight and weary nature make the tom turkey a true challenge to hunt and a trophy to harvest during this spring hunt. Frequent success and the beauty of our community have drawn turkey hunters from across the state for decades.

Come to Gladwin! Enjoy the beauty of nature and take advantage of the amazing hunting opportunities available in our backyard.